My blogging streak abruptly ended with the trip to Kansas for my Grandmother's funeral.  Greg and I were thrilled to get to spend time with my sister, brother-in-law, niece, and brother as they flew from VA to CO where we picked them up to make the drive.  They were gracious with the planning and the long hours -- we just wished we could have somehow prevented the six hour layover they had at DFW on their way here!!!

Unfortunately, I have been horrible at taking pictures recently and the only photos I have of the entire weekend are a few blurred snapshots.  But it was the first time all of us siblings and spouses had been together since Greg and I's wedding.  AK took photos for us, so hopefully we'll get to see those soon! 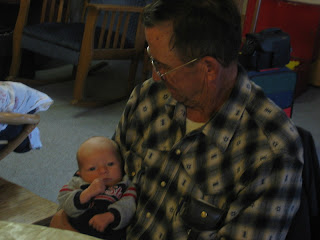 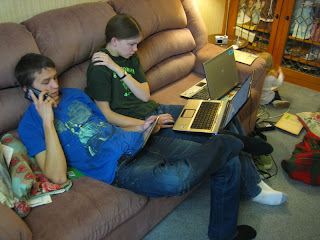 Too much technology!  Two siblings, two laptops, one tablet, one android!
BULLETIN: I am no longer the tallest or the heaviest Gates sibling.  My brother now takes that honor!  It took a carpenter's level to determine the height answer, but he does have an eighth of an inch on me.  WTG, SCG!

Three weeks.  I realized today that Greg and I have not been in one place for longer than three weeks since September.  No wonder we're tired!!!  There are members of our team that travel 6-9 months at a time and I have great respect for them!  But then they take at least three months to recoup at home after the trip.

So here's to more than three weeks in one place!  Can we make it? 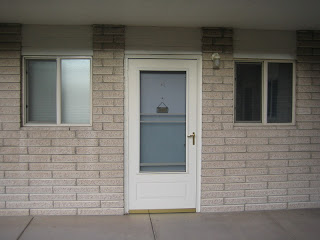