My Grandmother passed away this afternoon after battling ill health for the last two years.  She's celebrating and we're celebrating with her!  Grandma had accepted Jesus as her Lord and Savior when she was a young girl and asked Him to forgive her sins and live within her. She's now in heaven with Jesus and I'm sure she's dancing with joy!

One favorite memory: driving from Dallas to KS late one night.  It was just before midnight when I drove past Grandma's house.  I saw her face at the kitchen window and impulsively turned into her driveway.  We sat down with a cup of tea and talked heart to heart for the next hour about God and missions and family and broken people who needed Christ.  I've always treasured that conversation. :)

Here's a few pictures from the last three years... 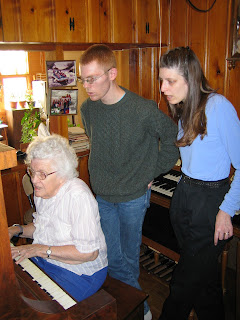 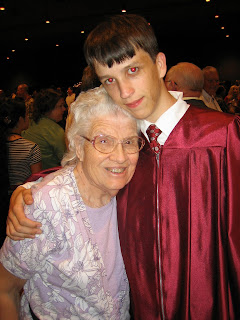 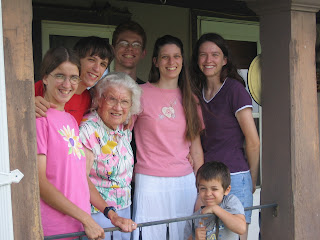 On the porch of the old farmhouse - August 2008 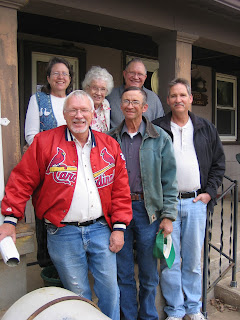 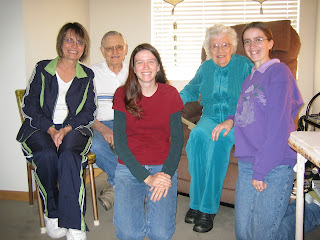 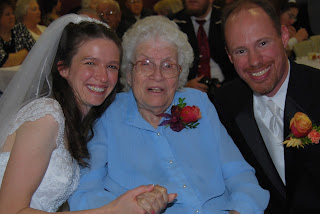 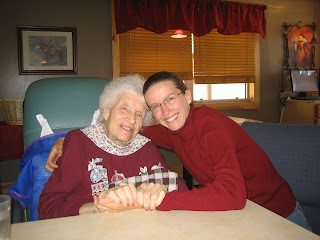 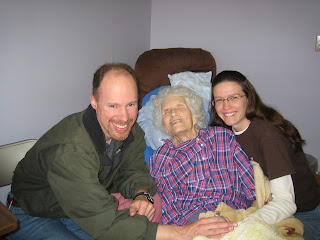 Last Tuesday, just before we left for Colorado.  Grandma was smiling for the camera. :)
And she prayed with us that day - thanking God for sending His son to this earth and thanking God for His goodness.  For truly, He is good.
And that's what Grandma wanted people to know.
Posted by D at 7:59 PM

A truly great lady of the faith. So glad that she can rest in the arms of her Savior! Love to you all!

My thoughts and prayers are with your family as you celebrate the life of your grandmother.

I first met your grandparents in 1975 in Dodge City, KS when I came as a seminary intern. Bob and Grace welcomed me into their home where I lived for the first three months. They were gracious, hospitable, and caring to this stranger in their midst. We did not stay strangers for long and they helped me in numerous ways to understand my new surroundings. I have never forgotten their friendship and my life was blessed by the opportunity to know them. I had always wished I could have traveled back to Kansas to see them one more time, but someday we will meet again in Paradise (which I have been told is similar to Kansas). Even though we know, they rest in the hands of our Lord Jesus Christ, we still long for their presence and our hearts hurt while we are separated from one another. My prayers are with your family during their time of sorrow, but our sure and certain hope lies with Jesus Christ and the ability to know Christ and the power of His resurrection. Blessing to you all. Lee McDermott, Front Royal, VA